This sea creature body paint and FX makeup was modeled by Dawn Thueson. This fantasy makeup was designed as a more creature influenced type of mermaid, both sleek and beautiful with a darker edge. The look was created using foam latex ear tip (ME4) and silicone gill prosthetics (MG1) from The RBFX Prosthetic Collection Catalog. Eyebrows were covered with Kryolan Eyebrow Wax, then silicone nipple covers were also applied to the model. All prosthetics were applied with PPI’s Telesis 5 Adhesive.

The look was painted using Skin Illustrator from PPI Premiere Products Inc. Colors used on the underbelly color are White, Ghastly, Bamboo 1 and Green Toner. Outer parts of the body are painted with Eggplant, Purple Justice, Vein Tone, Aged Black and accents of Black. Mayan Gold was incorporated in the eye makeup. The Alchemy color Platinum was then airbrushed using a scale-shaped stencil from BadAss Stencils. I applied the paint randomly on the model to create an iridescent scale surface effect. Also, I lightly brushed over the inner parts of the gill for added pop. Along with acrylic nails the webbing, created out of Baldiez plastic, was then applied on the hands using Telesis 5. As a final effect, Ultra Wet gel was applied to the model’s hair and parts of skin to give a more aquatic feel.

The coral piece that appears in some of the photos was constructed out of aluminum armature wire. First, wire was twisted and shaped to a body form. Thenm CelluClay Instant Paper Mache from Activa was applied to create a organic rough texture. I found the product to feel as if I was sculpting with a cat hairball. Though, once dried it stuck great to itself and I continued to build up any areas as needed. Once it dried, I airbrushed the piece using Skin Illustrator White and Blood Tone. 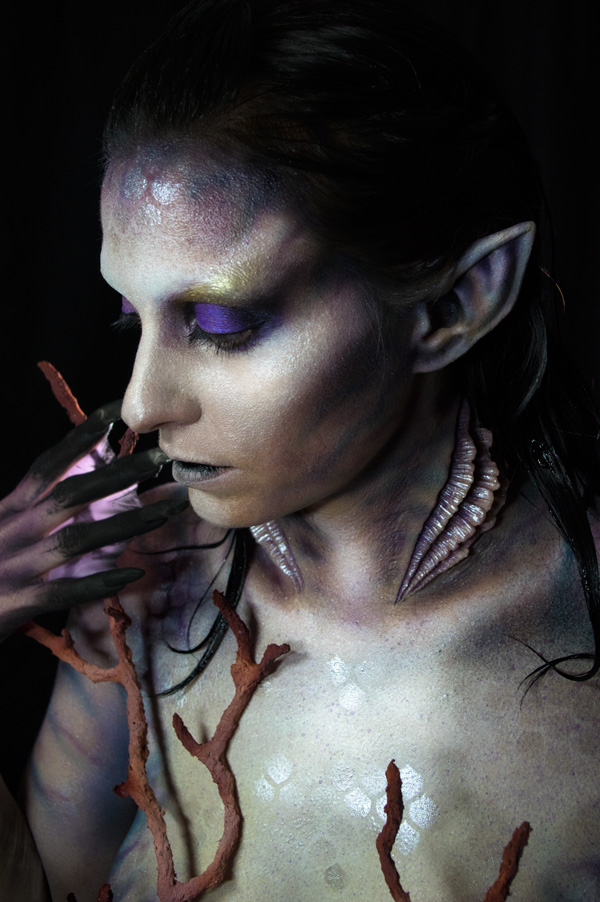 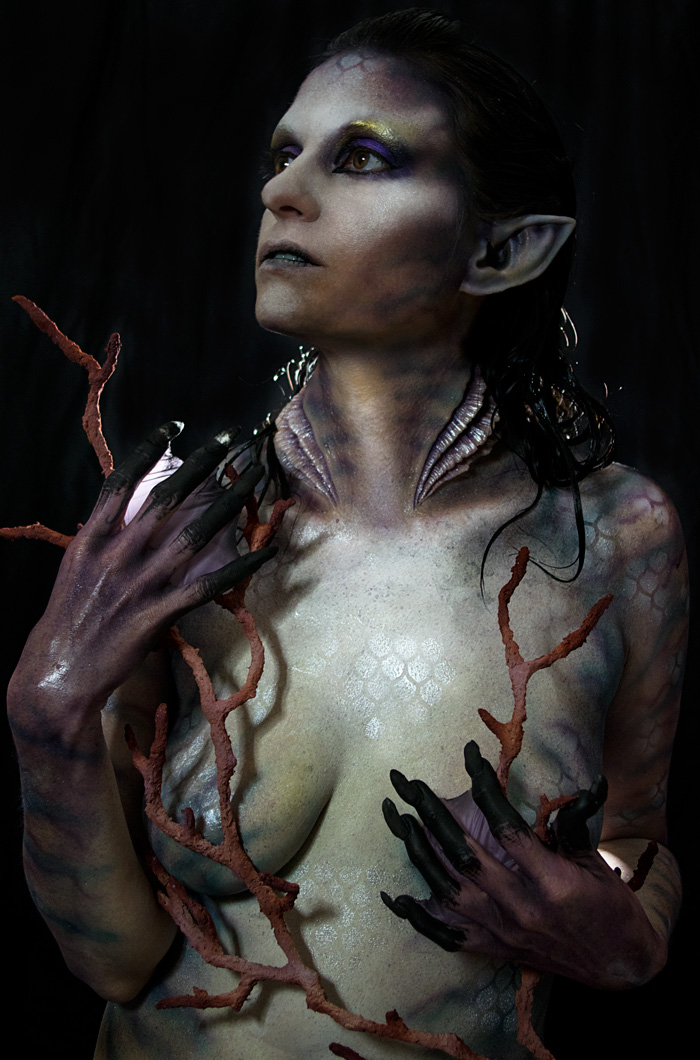 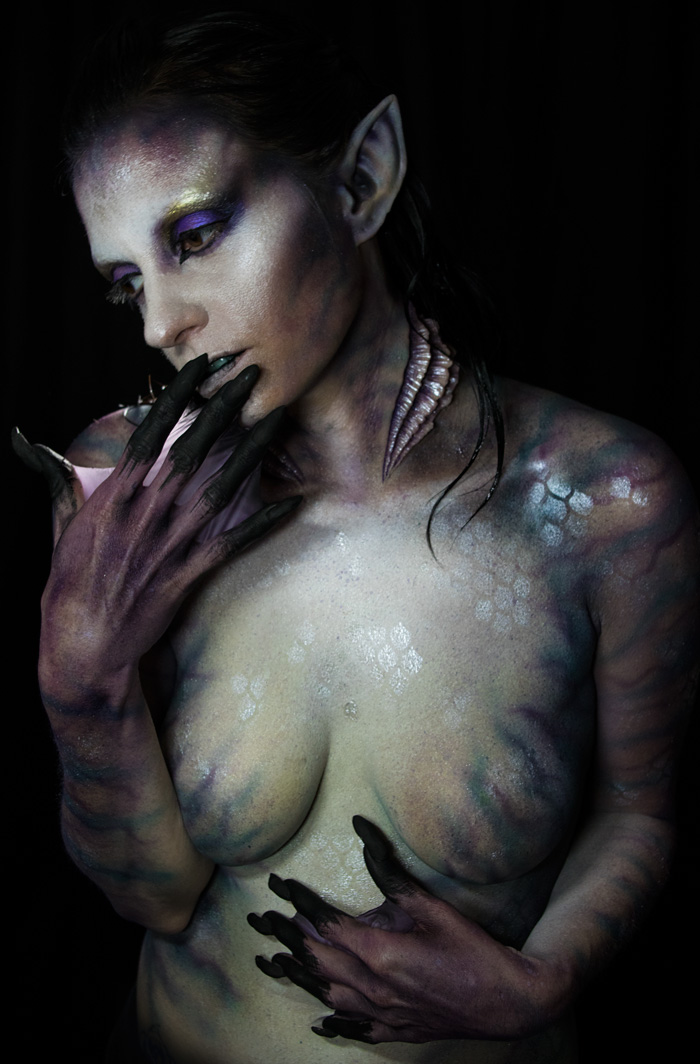 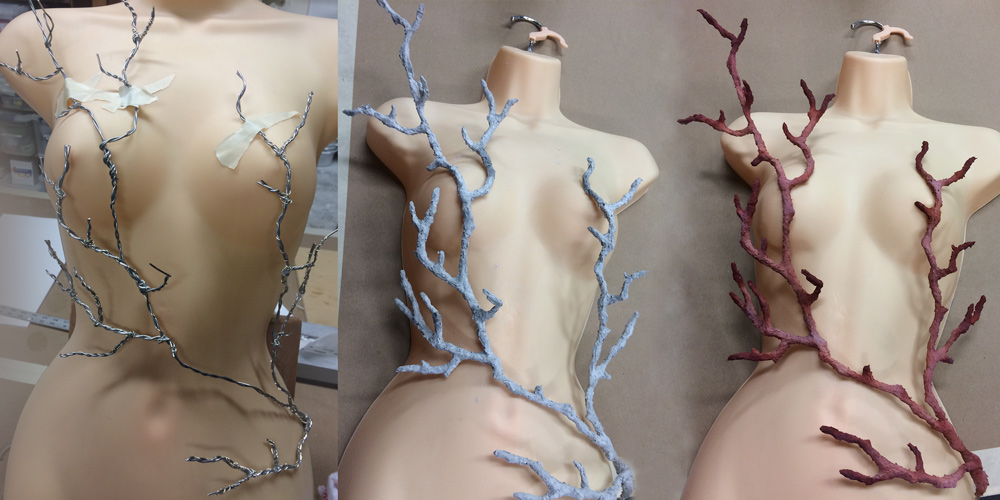 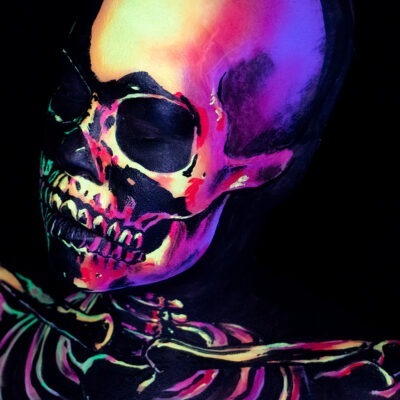 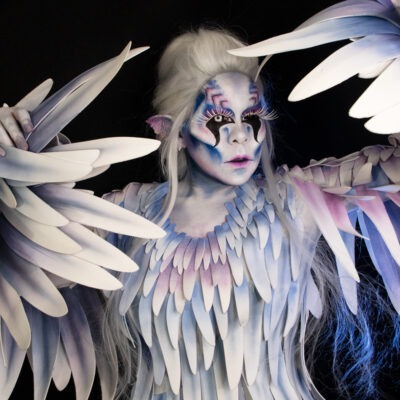 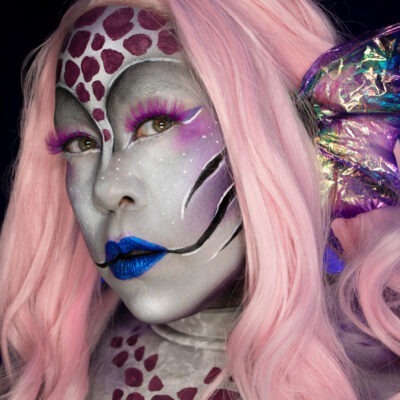 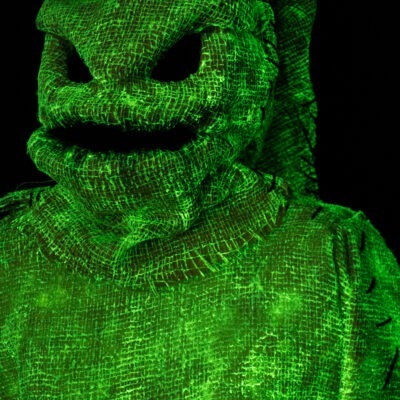 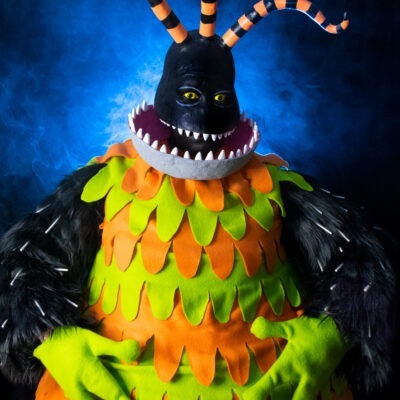 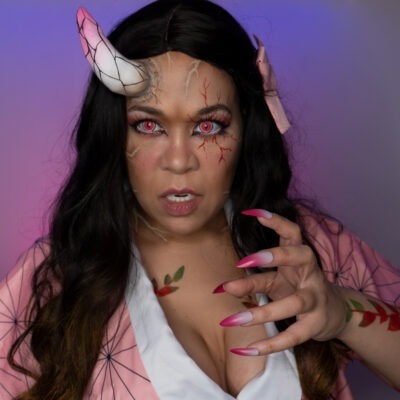 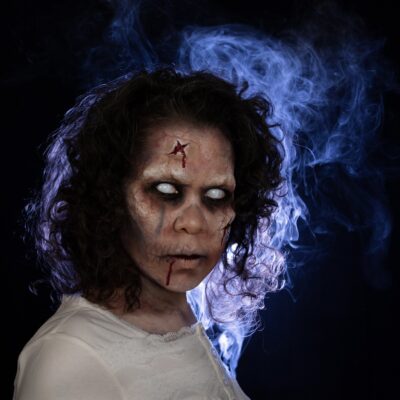